GRAND FALLS-WINDSOR, NL – Hockey NL would like to congratulate ClarkBishop on being named to Canada’s National Men’s Summer Under-18 Team that will compete at the 2013 Memorial of Ivan Hlinka tournament, Aug. 5-10 in Breclav, Czech Republic and Piestany, Slovakia.

The roster was finalized Monday following Hockey Canada’s four-day selection camp at the MasterCard Centre in Toronto. The camp included daily practices and three Red-White intrasquad games.
Bishop is currently playing with the Cape Breton Screaming Eagles of the QMJHL and is a graduate of the St. John’s Privateers Major Midget club.  He played minor hockey with the Avalon Celtic Minor Hockey Association and is the son of Steve and Millie Bishop.

Canada has won the Memorial of Ivan Hlinka tournament five consecutive years, and has won 18 of 23 summer under-18 tournaments since 1991. It will play in Group A in Breclav with Czech Republic, Sweden and Switzerland. Group B, which consists of Finland, Russia, Slovakia and the United States, will play out of Piestany.
Canada will face Slovakia in a pre-tournament game in Piestany on Saturday, Aug. 3 before opening the tournament against CzechRepublic on Monday, Aug. 5. The top two teams from each group advance to the semifinals on Friday, Aug. 9, with the gold medal game scheduled for Saturday, Aug. 10. 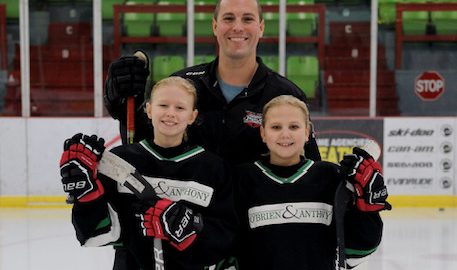