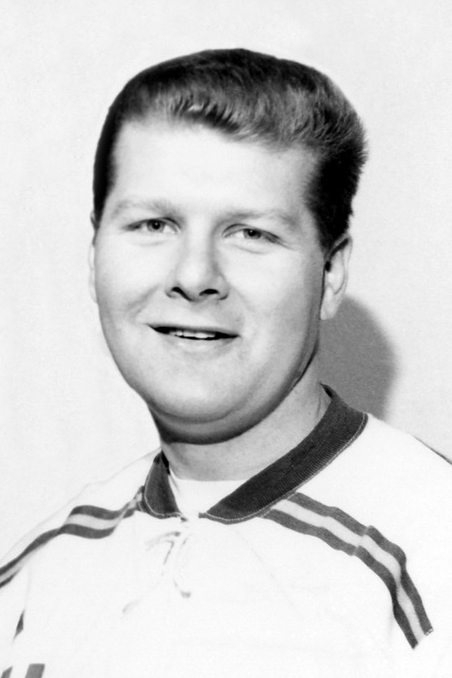 Harry Katrynuk moved from his native Ontario in 1963 to play hockey with the Corner Brook Royals and enjoyed considerable success during an 11-season career with Newfoundland and Labrador senior hockey. A big, strong skating, tough forward he excelled in physical games but possessed the skill to provide solid puck control while standing out in a defensive role. Often facing the top opponents’ forwards, he was extremely valuable in reducing their offensive success.

He has four Herder Memorial Trophy titles to his credit. He skated with the championship Corner Brook Royals in 1964 and 1966, with the winning Gander Flyers in 1969 and with the champion Grand Falls Cataracts in 1971. He was very valuable to all four teams.

Included in his career are three appearances in national Allan Cup competition. He collected five goals and eight assists for 12 Royals’ points in 1968. He played with the Flyers in 1969 and the Cataracts in 1971 and finished with 14 Allan Cup points.
He played 321 regular season games with 129 goals and 281 assists for 410 points and amassed 701 penalty minutes. He was involved in nine playoffs, finishing with 27 goals, 56 assists and 83 penalty minutes. One of 26 players to total more than 400 points, he ranks 25th all time. His 701 penalty minutes ties him with Ernie Hynes of Corner Brook as the leader in this department.

Ranked as one of the finest power forwards to play provincial senior hockey, his ability was such that he often excelled as a defenseman, utilizing his size and long reach for the benefit of his team. In any capacity he brought toughness and respect to a club. He demonstrated valuable leadership on and off the ice and made top contributions to the success of any team with which he played.