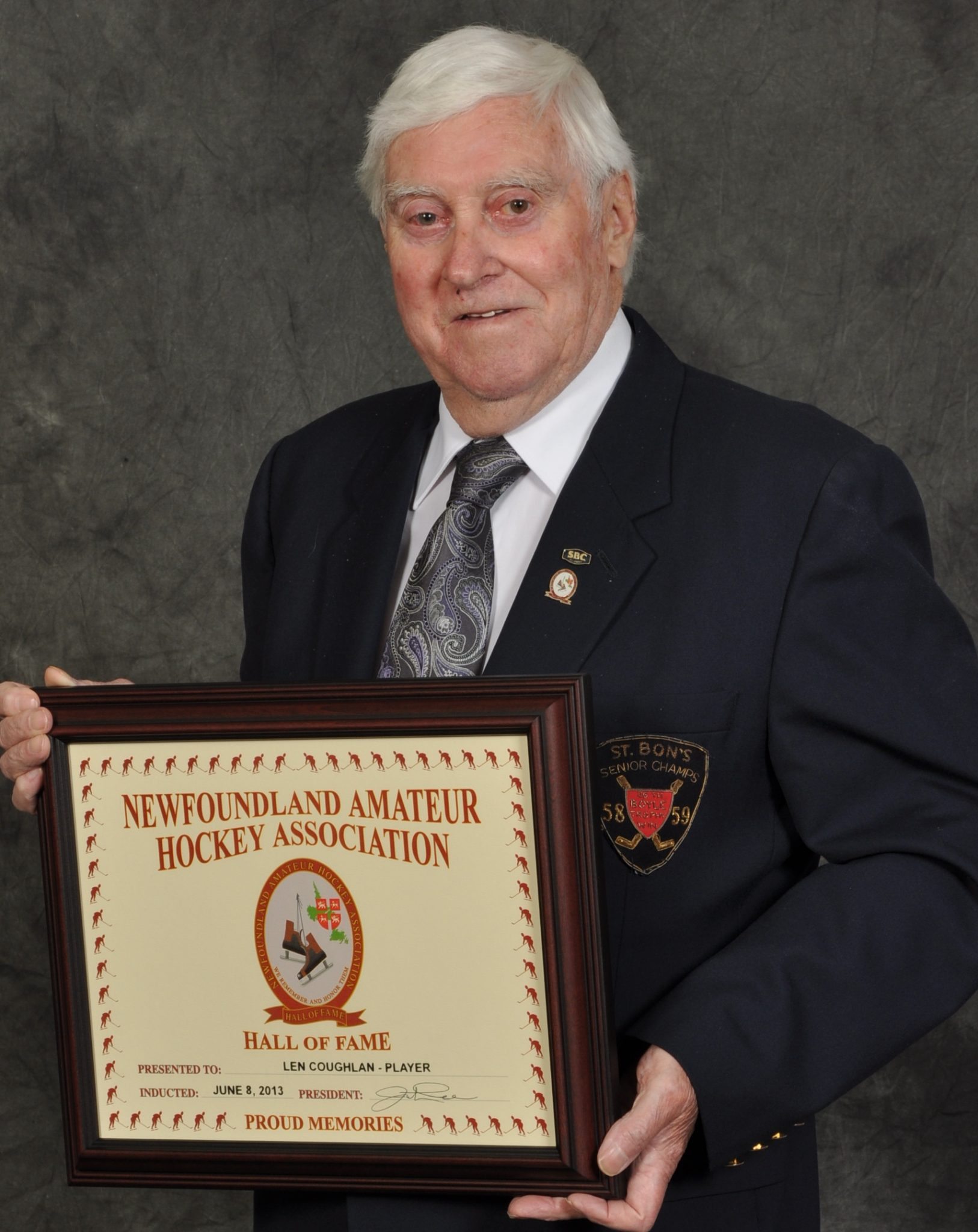 Len Coughlan had an extremely rewarding 11-year hockey career with outstanding success at the senior, junior and high school levels. An all-star defenseman who also excelled as a forward, he established himself as a perennial all-star with a variety of St. Bon’s teams while playing exceptional hockey for a number of St. John’s all-star squads. He simply was a dependable standout hockey player who made valuable contributions to any team of which he was a member.

A team leader, on and off the ice, he was a perennial captain for many clubs and certainly demonstrated the ability to inspire team mates in a variety of important competitions. Highly regarded and respected by opponents and fans, he was a welcomed addition to any club for which he played.

During the 1955-56 hockey season he was a member of teams that won three major championships. That season also saw him win the St. John’s Junior League most valuable player and selection as the St. John’s Senior Hockey League rookie of the year. He was named St. John’s Intercollegiate outstanding defenseman for 1953. His senior hockey awards included top defenseman for 1958 tie with team mate Hugh Fardy for the league’s top scoring title in 1957.

He provided performances that were overflowing with energy, intelligent decisions and a determination to win that was inspirational for the St. Bon’s teams of which he was a member. His no-nonsense approach to the game was part of the leadership that he provided for each and every team on which he played.