The keynote address was delivered to the group by entrepreneur and adventurist, Shawn Stratton. President of the LiveMore Group, Shawn engaged the attendees in a discussion around team building, passion and education.

The Department for Tourism, Culture and Recreation was also on-hand, bringing greetings from The Government of Newfoundland and Labrador and made some announcements that will positively impact our provincial sporting community. As well, Michelle Healey was introduced as the new director for the Recreation and Sport Division, with the Provincial Government.

A new streamlined application process for all current funding opportunities available to athletes was announced and will encompass the Premier Athletic Awards, Elite Athletic Assistance Fund, Team Gushue Scholarships and the SportNL Scholarship, in one application.  The umbrella awards program will be known as the Athletic Excellence Fund.  Additionally, the provincial government announced the creation of a Task Force Advisory Committee, who will develop a report and make recommendations on how teams can best be positioned for top performance at the 2021 Games.  Finally, Rod Snow was announced as Chef de Mission for Team NL heading into the 2015 Canada Winter Games in Prince George, BC

“Every year, we aim to bring as much knowledge, expertise and energy to our AGM as possible, and this year was no exception,” says Troy Croft, Executive Director, SportNL. “I am very pleased with this year’s turn-out and level of enthusiasm. We had some significant announcements, great learning opportunities and announced a new Board. It was a fantastic event.”

The KidsSport program saw some significant announcements and updates. In Newfoundland and Labrador, since 2006, 1,946 children have been funded through the program, with a total amount of $460,000 distributed throughout over 100 communities in almost 30 different sports.  “These numbers truly demonstrate the success of the program and we are tremendously proud,” said Croft.

In addition, Cyndie Flett, VP of Research and Development with the Coaching Association of Canada presented to the group on professional development policies around maintaining certification.  More details can be found at www.coachingnl.ca.

And finally, Trish Boyer from School SportNL, provided information to PSOs about how they can collaborate with schools to introduce their sport into the school system.

To top it off, SportNL announced its new Board of Directors.

Sport Newfoundland and Labrador is a volunteer organization committed to the promotion and advancement of amateur sport throughout the province. Sport NL represents 55 provincial sport organizations and over 80,000 individual members, while promoting the health benefits associated with physical activity and sport to the youth of Newfoundland and Labrador. Visit www.sportnl.ca 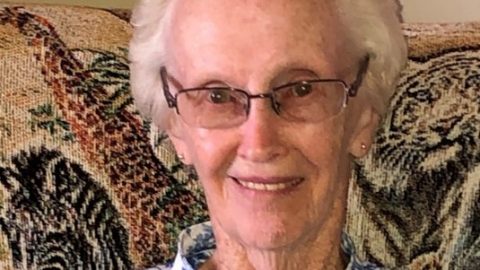 Passing of the Late Angela Kelly