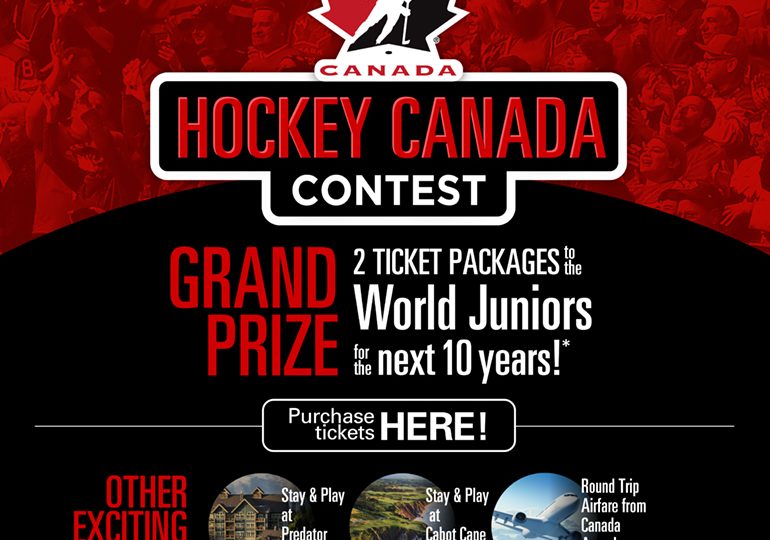 Are you ready? Canada’s holiday hockey tradition, the IIHF World Junior Championship, start in just two days! Hockey Canada is sharing the excitement with fans from coast to coast to coast with two new programs – a contest giving away once-in-a-lifetime prizes and an auction of rare hockey memorabilia from Team Canadas of the past.

Enter now for a chance to win. The grand prize is the ultimate junior hockey dream – two full-event ticket packages to every IIHF World Junior Championship for the next decade.

Get into the action early for a chance to win even more prizes, including a Team Canada jersey signed by Canada’s 2021 National Junior Team, free gas for a year and a full set of Bauer Vapor 2X equipment.

The Hockey Canada Contest runs from now until January 5, 2021.

Looking for something special for the hockey lover on your list? Check out hockeycanadaauction.ca for more than 50 unique Hockey Canada items from various world championships and Olympics.

The auction runs from December 26, 2020 to January 6 and will include game-worn Team Canada jerseys from the 2021 IIHF World Junior Championship.

All proceeds raised through the Hockey Canada Contest and Hockey Canada Memorabilia Auction will directly support getting more kids into the game. So enter and bid today!