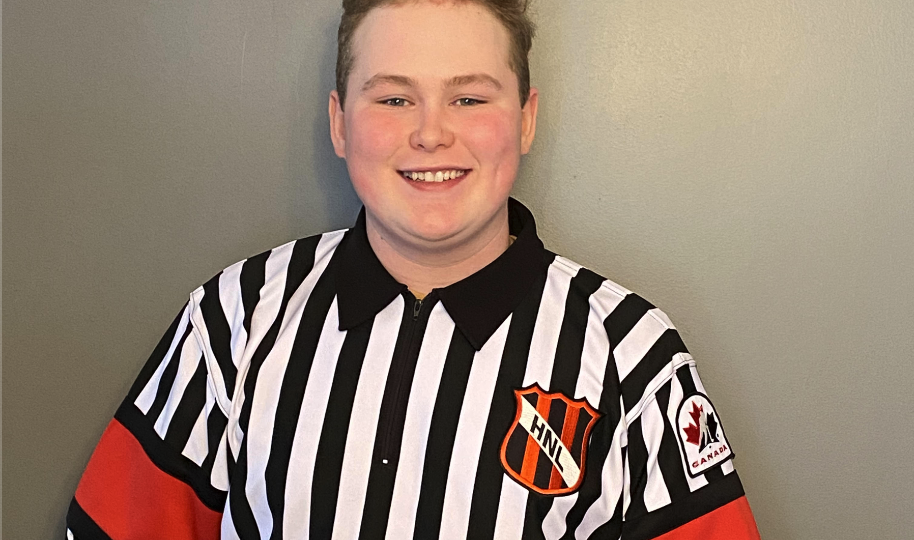 On behalf of Hockey NL Referee In Chief Ed Flood I am pleased to announce that Dylan Murray of Marystown Minor is selected as one of our Recipients for the HNL Official of the Month Program for December.  He was nominated by his Referee in Chief, Paul Green who had great things to say about the work that he is doing with the Hockey Canada Officiating Program.

Below is a sample of the comments that were made as a part of your nomination:

”  Poise, maturity, calm under pressure, physical demeanour, skating ability, love and knowledge of the game are just a few qualities I believe are required of an official. I believe Dylan has these qualities and more. Dylan became a level 3 official this year and has always been a responsible official and hockey player. On the ice he carries himself with a maturity that warrants respect. This year I have him on the ice as a mentor for his younger brother who started officiating this year. Off the ice he has a part-time job at Sobey’s and started a post secondary education at Memorial (online). Dylan is a well rounded young man who is a great role model to represent our association, HNL, and the program identified above.   ” Paul Green, Marystown Minor, Referee In Chief

Passing of the Late Angela Kelly