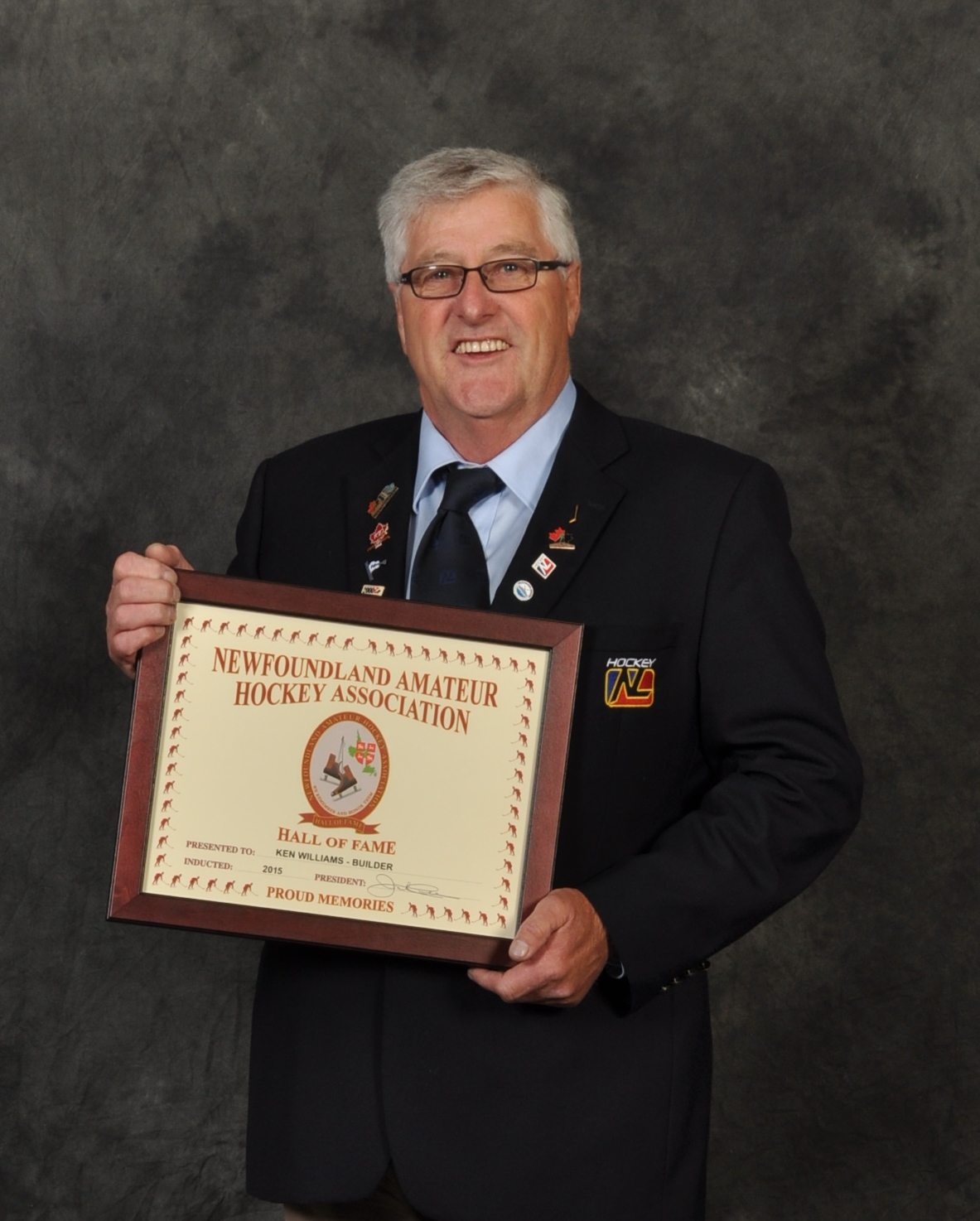 Ken Williams owns a 32-year hockey career that is overflowing with hard work, valuable contributions and a multitude of sensible decisions that have been very important to the overall success of hockey within Newfoundland and Labrador. He is simply an extremely good hockey person.

During the 2013-2014 hockey season, he continued his valuable contributions to various levels of hockey within Newfoundland and Labrador.

He was very successful with hockey at the local and provincial levels as he accepted positions that were important at every level and worked with others to improve and provide opportunities for many, many people to enjoy hockey on a regional and provincial basis. He was deeply involved in obtaining facilities and in organizing and operating a wide range of teams and leagues.

His hockey life started on Maggoty Cove Pond in Bay Bulls and he played his only organized hockey as a junior player in the Southern Shore Junior League.

He served as Chair of Provincial Senior Hockey and was Branch Representative on Hockey Canada. In 2006, he chaired the Hockey Canada extremely successful meetings held in St. Johns. He is Provincial Senior Hockey Secretary and continues as President of the Southern Shore Hockey Association.
Ken Williams has been, and continues to be, an outstanding contributor to hockey within Newfoundland and Labrador.