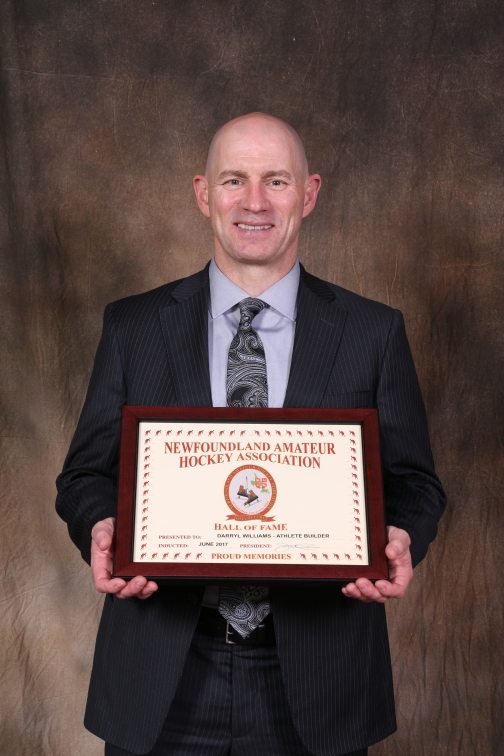 During a 10-year period in the 1990s, Darryl Williams was a tough, honest hockey player whose hard work earned him a couple of NHL games on Wayne Gretzky’s 1992-93 Los Angeles Kings.  And for the past seven seasons, Williams has been a fixture on the NHL coaching circuit, as an assistant first with the Vancouver Canucks and currently with the New York Rangers.

The rugged forward eclipsed 200 or more minutes in penalties seven times during his pro career. He was highly regarded by teammates and coaches, and often was his team’s captain or assistant captain.

After finishing his playing career with Long Beach in 1999, Williams joined the Ice Dogs’ coaching staff the next season as an assistant. He would eventually become coach of Long Beach, and would serve as an assistant with the AHL’s Cincinnati Mighty Ducks.

In 2006-07, he served as an assistant coach for the QMJHL’s St. John’s Fog Devils after a year coaching the Kansas City Outlaws of the United league.

Williams got his NHL break when Canucks coach Alain Vigneault hired him as an assistant coach/video in 2008-09, and he remained in that position for six years.

In 2014-15, with Vigneault behind the Rangers’ bench, Williams was hired as a full-fledged assistant coach on Broadway.