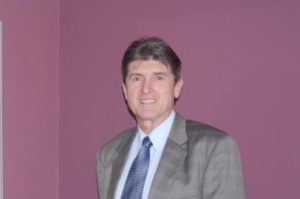 Compared to other Hall of Famers, Charlie Greene may be considered an unheralded hockey player, but his numbers speak for themselves: 10-year Newfoundland Senior Hockey League career, four Herder Memorial Trophy championships, one league scoring title, 34th on the all-time scoring chart and 33rd all-time in playoff scoring.

This talented forward with a nose for the net came up through the Grand Falls minor system. He was part of the 1971-72 Memorial University Beothuks squad which made the Atlantic Universities Athletic Association playoffs, the first MUN team to do so.

Greene broke into the senior ranks with the 1973 St. John’s Capitals, Bob Badcock’s “Kiddie Korps” who won the first of four straight Herders that season.

Greene returned home the next year and spent the next two seasons with the Cataracts. He finished fifth in regular season scoring in 1974 (27-30-57) and tied for third in playoff scoring.

Greene was back in St. John’s in 1976 and won his second Herder with the Capitals. He won again with the Labatt BlueCaps in 1978 and the Stephenville Jets in 1983.