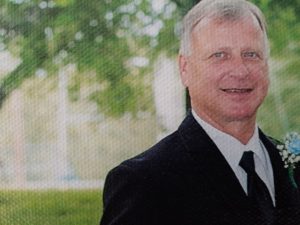 The Labatt BlueCaps of the Newfoundland Senior Hockey League liked Tucker’s game, and in 1979-80, the youngster made an immediate impact in the senior ranks , finishing 10th in league scoring (27-28-55 in 33 games) and winning NSHL rookie of the year honours.

It was the start of a nine-year provincial senior hockey career that includes three Herder Memorial Trophy championships (1985 and ’86 Corner Brook Royals, and 1987 St. John’s Capitals) and an Allan Cup crown.

During their Allan Cup season of 1985-86, Tucker was one of the Royals’ top two-way forwards, playing a rugged/defensive game while chipping in with 11 goals and 34 points in 26 appearances.