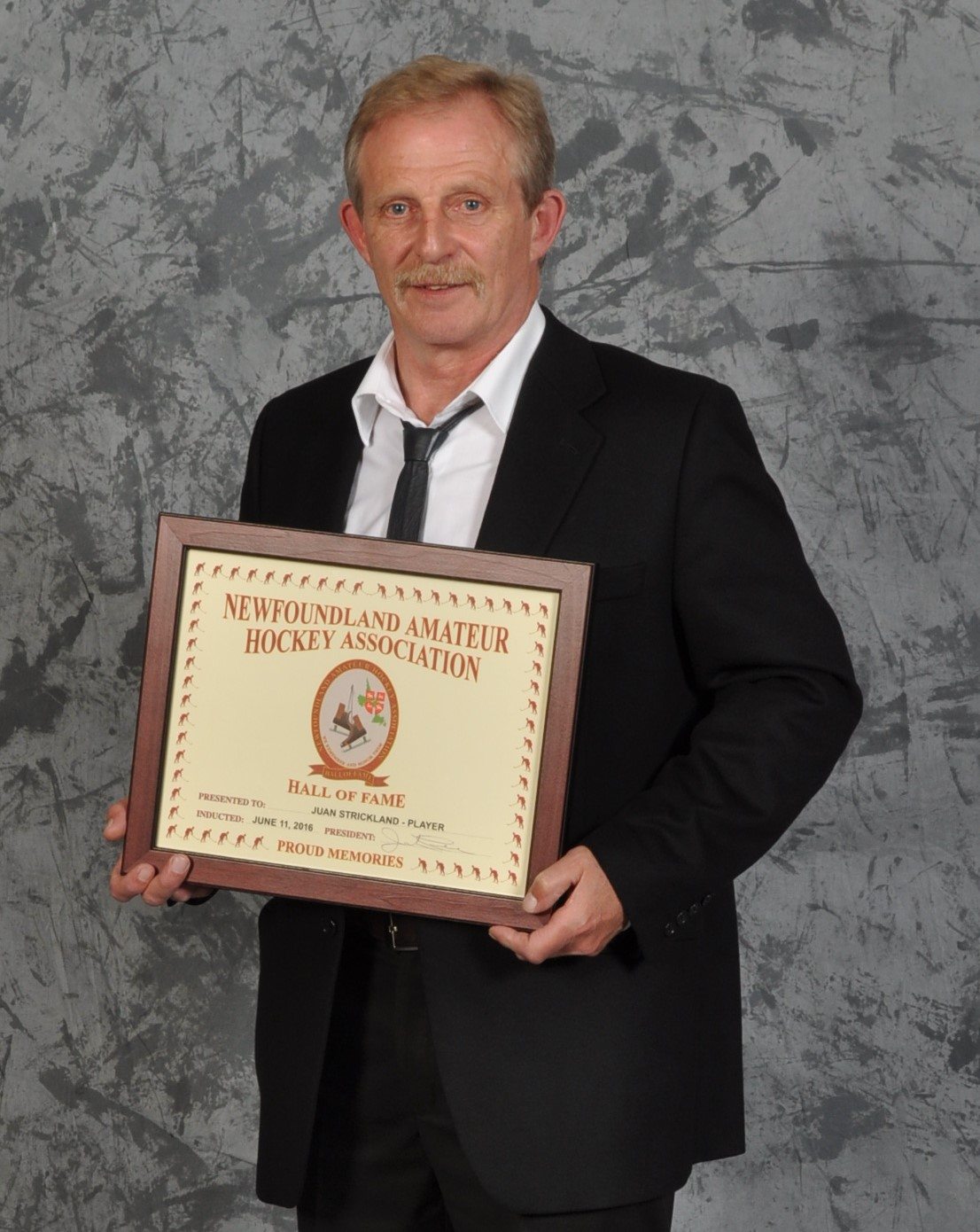 Juan Strickland’s playing senior hockey career ran over four decades and featured exceptional goal scoring and assisting and was arguably the premium skater of his time. It is overflowing with league and team most valuable player award selections, as he was one of the finest forwards of the period and also contributed greatly as a coach, especially in minor hockey.

He played a major role as captain of the Port aux Basques Mariners who won the Herder Memorial Trophy and the national Hardy Cup in 1989. Not only was he the top scorer, but he was voted the competition’s most valuable player. He was outstanding the following season as a member of the Campbellton Tigers, New Brunswick’s senior hockey champions.

During his five years at Acadia University, where he began playing as a 16-year-old, he played every game and finished in the Atlantic Intercollegiate top 10 scorers for three of the five seasons. In 1995 he was inducted into the Acadia University Hockey Hall of Fame.

His provincial senior hockey career includes playing for the Stephenville Jets, Port aux Basques Mariners, La Scie Jets and Badger Bombers. His play earned him the league’s top scorer twice, a rookie of the year and a sportsmanlike player award. He won Herder Memorial Championships with three different teams. 1983 in his rookie season with Stephenville, 1989 with the Mariners, and in 1994 with La Scie.

He was consistently among the top scorers and is remembered as one of the top career point getters of all time, an extraordinary skater and a true leader.
When his playing career ended he provided exceptional technical direction to minor hockey programs in Port aux Basques, Stephenville, Port aux Choix, Natuashish and for nine years in Corner Brook.

In all aspects of Newfoundland Labrador Hockey, Juan Strickland has been an extremely important major contributing factor.