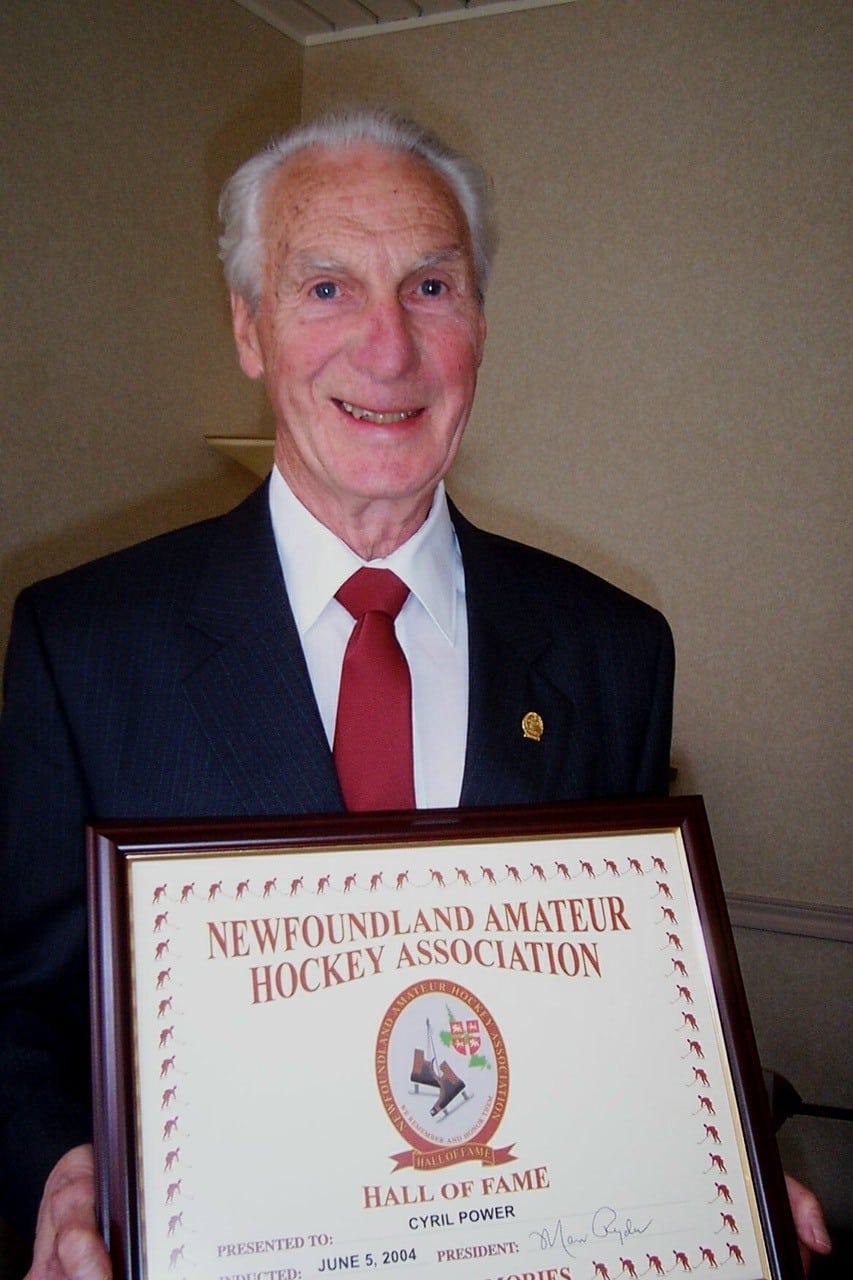 As a hockey player and as a sportsman, Cyril Power stood out among the athletes of the 1940’s and 1950’s.  During his 19 year career, he was universally recognized as one of the finest players within Newfoundland and Labrador, especially within St. John’s and Avalon Peninsula hockey.

Playing during a period of important local hockey that led eventually to All Newfoundland playoffs, Cyril Power established himself as one of the very, very best.  A strong, fast and shifty skater, he was especially renowned for his passing ability as well as his hard and extremely accurate shot.

His leadership qualities were such that he was continuously elected captain of this team and always, without exception, lived up to the responsibilities of his captain’s duties.

It is very interesting to note that during his complete career, 15 seasons, Cyril Power was called for only one minor penalty and those who remembered the call have always claimed that it was a borderline decision by the referee.

Naturally, he won more than his share of Doug Pinsent Awards for “Combining Sportsmanship and Ability” when the system of presenting awards came into being.  Always among the top offensive performers, he won a pair of scoring awards but overall can claim six scoring titles.

During the Second World War, there was a regular league between local players and players stationed in the St. John’s area with the armed forces.  Despite the presence of a relatively large number of pro players, including one or two from the National Hockey league, Cyril emerged as the scoring leader for one season.

His hockey career started in 1938 when he was a member of the St. Bonaventure’s College team that won the St. John’s Junior Intercollegiate Championships.  During 1939 and 1940, he played for the school team that won both the junior and senior intercollegiate title.

The loss of the Princess Rink by fire in 1941 curtailed St. John’s senior hockey until 1944 when Cyril Power skated with the St. Bon’s senior club that won the St. John’s crown and the Boyle Trophy.

He was voted captain of the St. Bon’s senior team in 1945 and held that position until 1949 as St. Bon’s continued to claim the Boyle Trophy and racked up six consecutive Newfoundland senior championships and Herder Memorial Trophy victories up to 1949 when the advent of “imported” players arrived.

In addition to his five St. John’s intercollegiate titles, Cyril won the St. John’s senior championship and the Boyle Trophy eight straight seasons between 1944 and 1955 when he retired.  He owns six provincial titles and Herder Trophy wins.