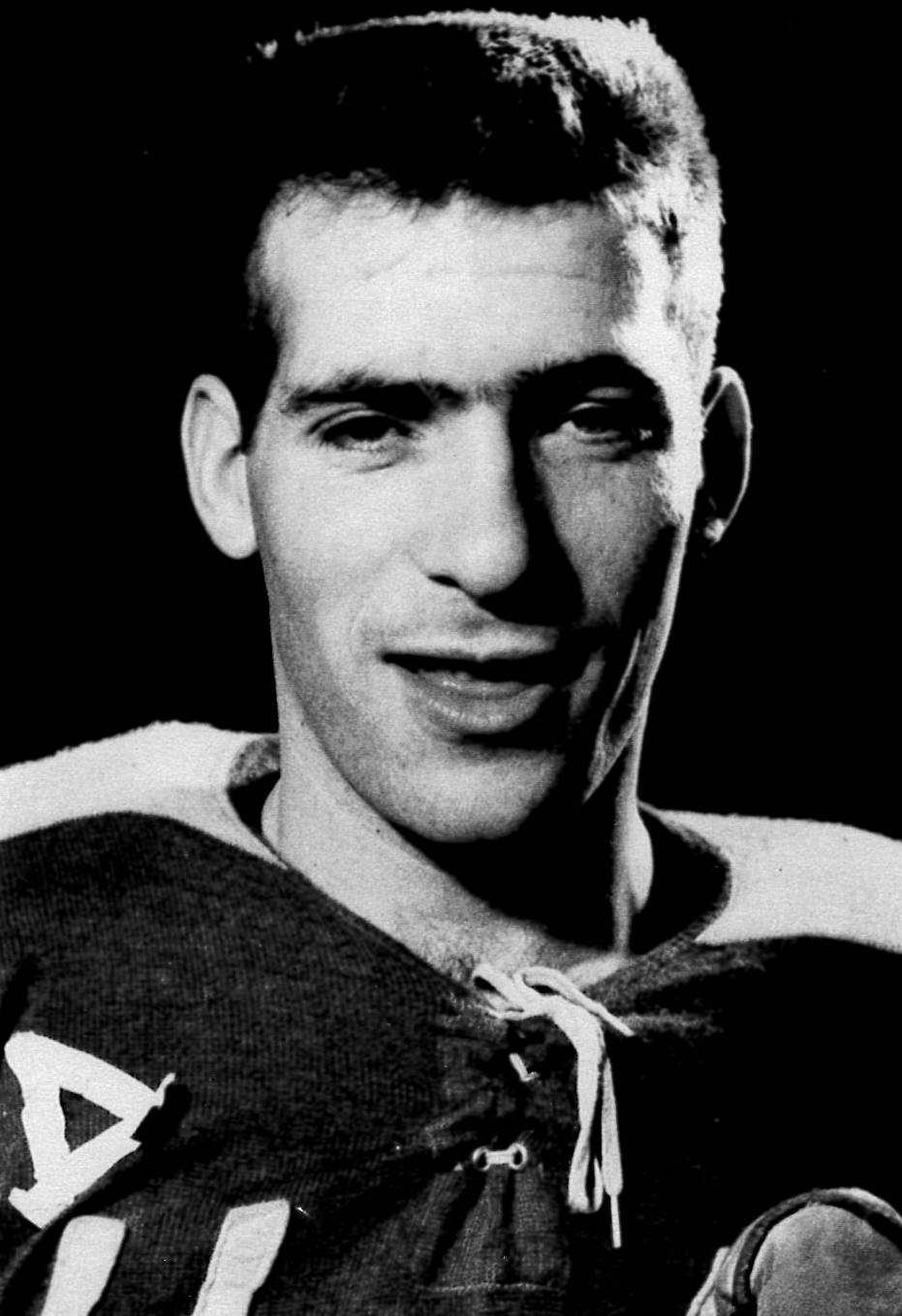 Eddie O’Quinn put an impressive 21- year provincial hockey career together establishing himself as one of the finest players to perform for the Corner Brook Royals. Extremely talented, always displaying great determination, he was so good that he played forward and defense with equal efficiency.

He was 17 in 1956 when he played with the Humber Hawks of the Corner Brook Senior Hockey League and was so impressive that he was selected to play for the Corner Brook Royals in provincial competition. He established himself as a very effective forward but moved back to defense when the Royals required him to do so. He played a major role in the continuous success that the Royals enjoyed at the province’s top hockey level.

Playing on a line with Orin Carver and Clobie Collins he was regarded as an effective forward when Corner Brook won the Herder Memorial Trophy and the Provincial Senior Title in the 1961-62 season. He would play a major role during the remainder of the 1960 decade as Corner Brook emerged with championships in 1964, 1966 and 1968. His leadership was such that he was captain of the Royals and for a period in 1972 was the club’s playing-coach.

As a defenseman, with his strong skating and puck handling abilities, he was a very constant and dependable player. Because of his exceptional skating ability, he could carry the puck as well as most players in Newfoundland senior hockey competition during an era when he played with and against some of the finest performers in the history of provincial play.

Extremely knowledgeable and extremely smart, he utilized a very active passing ability to be a constant danger to opposing teams. In addition, while not the biggest player in the league, he was very effective in the corners, behind his team’s goal, handling the puck very well on the opposing team’s blue line and performing with great success along the boards. He was simply a talented and determined top level hockey player in a very competitive league.

In addition to his fine performances on the ice, he contributed in many ways to his club off the ice, helping to generate the comradeship that the Royals were known for and continuously demonstrated the leadership that played a major role in Corner Brook’s great successes.