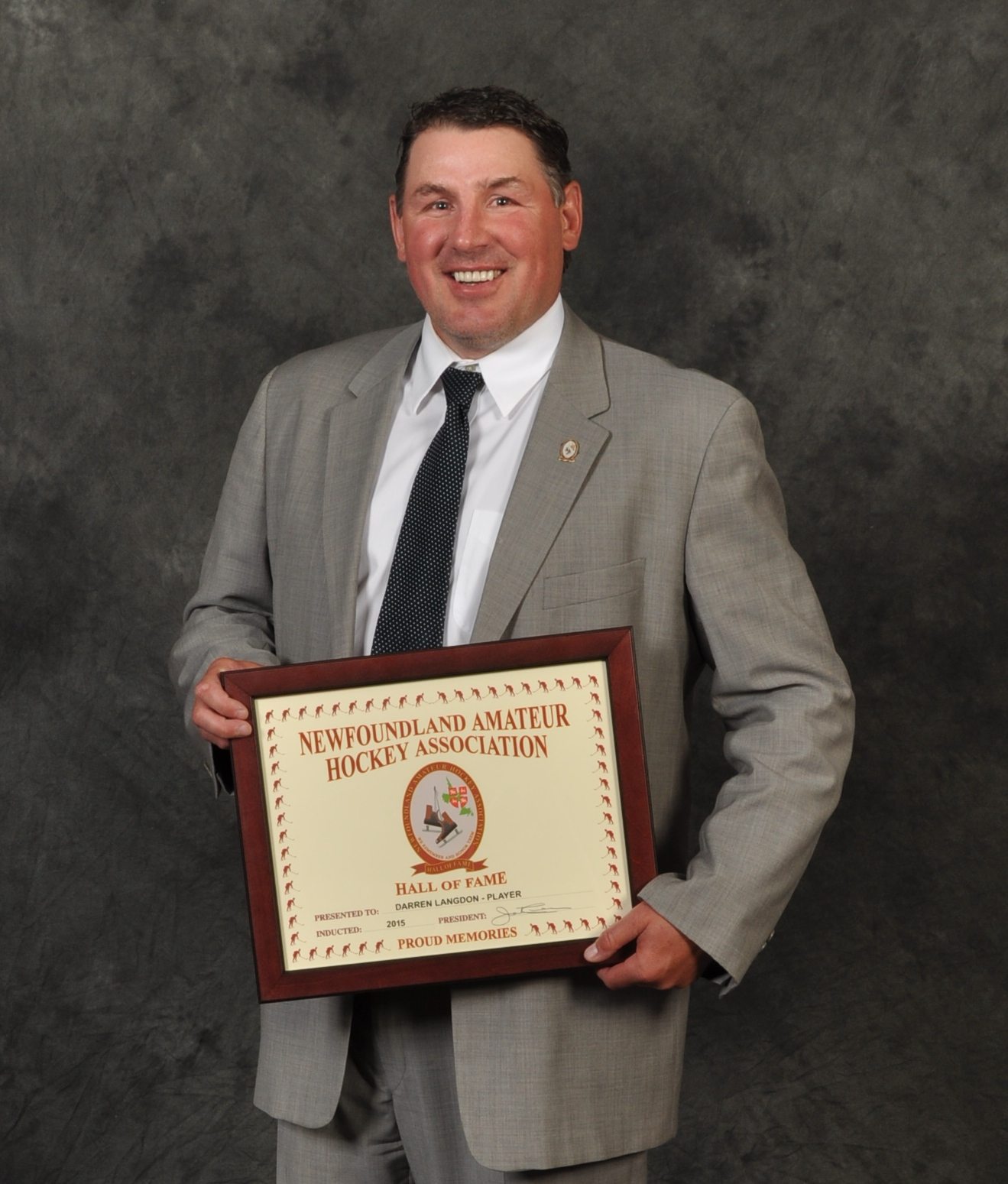 Darren Langdon had a tremendous hockey career, playing ten seasons in the National Hockey League. He started with fine performances in local minor and Maritime Junior Hockey and concluded his playing career by giving back plenty to hockey in his hometown.

After impressive performances in the East Coast Hockey League, he was invited to the New York Ranger’s training camp and moved up to the New York club February 18, 1995 and his top league hockey lasted until 2006 when he retired from the NHL. At the time of his retirement he had appeared in 521 NHL games which was the most by any Newfoundlander. His NHL totals were 16 goals and 23 assists for 39 points and 1251 penalties in minutes with more than half coming in fighting majors. He had 25 Stanley Cup playoff games. Besides the Rangers he played with the Montreal Canadians, the New Jersey Devils, the Carolina Hurricanes and the Vancouver Canucks.

It is interesting to note that Langdon was twice selected in 1996 and 1997 as winner of the Players’ Player Award, an award as voted on by the Rangers themselves.

It was in 1992 that he joined the ECHL’s Dayton Bombers, who also included Darren Colbourne of Corner Brook. When he played with Montreal, Michael Ryder of Bonavista was a teammate. A left-winger, he enjoyed scoring success in Prince Edward Island with 83 points and 441 penalties in minutes playing with Summerside. With the ECHL, in one season he had 45 points on 23 goals and 22 assists in 54 games and a team record of 429 penalties in minutes. Overall, he was an impressive ECHL performer prior to moving up to the NHL.

He was extremely effective defensively and rarely took a “bad” penalty.

Langdon always displayed an effective interest in Newfoundland senior hockey. During the 2004-05 NHL lock-out he played for the Deer Lake Red Wings in the West Coast Senior Hockey League and helped the club to a Herder Memorial Trophy and a provincial championship. He continued this interest at the end of his NHL career playing and coaching for Deer Lake and Corner Brook in provincial senior hockey for another 8 years, and is currently continuing to share his coaching experiences.