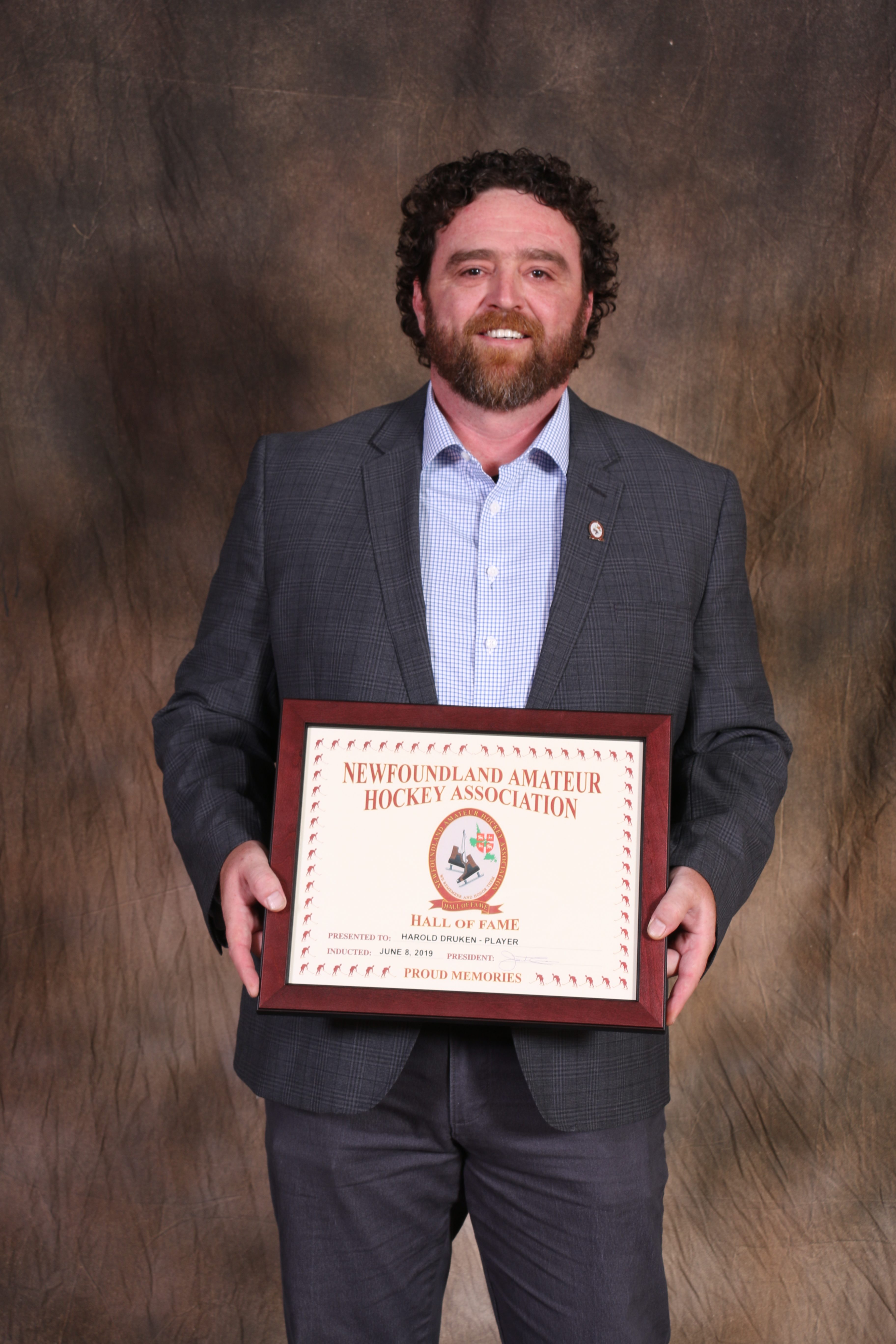 As a minor hockey player growing up in the Shea Heights section of St. John’s, big things were expected of Harold Druken. And he didn’t disappoint.

Regarded as one of the most skillful players to come out of this province, Druken went on to shine on the national stage, represent Canada internationally and play professionally for seven years, which included 146 National Hockey League games.

Druken first raised scouts’ eyebrows at the 1995 World Under-17 Hockey Challenge, scoring five of Team Atlantic’s 19 goals and assisting on six others.

Following three years of prep school hockey at Nobles and Greenough outside Boston, Druken joined the Ontario Hockey League’s Detroit Whalers, who made him the 16th overall pick in the 1996 OHL draft.

The next year, the Vancouver Canucks selected Druken in the second round of the 1997 NHL Entry Draft, 36th overall.

In his third season in Plymouth, Mich. (where the Detroit franchise relocated), Druken led the OHL with 58 goals and he finished seventh overall in league scoring, earning second all-star team honours.

That was in 1998-99, the same season in which he made Canada’s world junior squad, winning a silver medal in Winnipeg.
Druken would turn pro in 1999-2000, splitting the season between Vancouver and the American Hockey League’s Syracuse Crunch. As a 20-year-old, he would score seven goals and register 16 assists in 33 NHL games. His numbers in the AHL were even more impressive, with 20 goals and 25 assists in only 47 games, leading to a year-end all-rookie team selection.

On April 5, 2001, he scored in overtime after tying the game with a third-period power play goal as the Canucks beat the Los Angeles Kings 3-2 in Vancouver’s second-last game of the regular season.

When the Phoenix Coyotes lost to the San Jose Sharks minutes later, the Canucks were officially in the playoffs for the first time in five years.

Druken would only play 38 games the next season in Vancouver and with the AHL’s Manitoba Moose thanks to shoulder, knee and ankle injuries.

It would be injuries — a bum shoulder required at least three surgeries — that would put an end to his career.

Druken would play another 31 NHL games — three in Vancouver, 14 with the Carolina Hurricanes and nine with the Toronto Maple Leafs — and two-plus seasons with the American Hockey League’s St. John’s Maple Leafs.

His career NHL numbers read 27 goals, 36 assists and 63 points in 146 regular season games. He also made four playoff starts for the 2001 Canucks, picking up four assists.

Druken wound up his pro career with one year in the Swiss Elite league with Basel.